“He will cover you with his feathers, and under his wings you will find refuge” (Psalm 91:4)

0. OBJECTIVES:
Our proposal for an extension between both museums, tries to wrap a piece of nature, tries to integrate the natural slope of the hillside, tries to interpretate and assimilate the skin of their façades, tries to be a filter and not a barrier, tries to be a hand that extends to meet the outer and the public space, tries to resolve the program needs and tries to respect as much as possible the exisitng buildings.

1. ENVIROMENT:
Connecting the museums site to the neighbouring Ruusupuisto square, will be made through a natural paved path with green terraces, that is the continuity of the natural slope of the place. We facilitate such connection by introducing a staircase at the main street, that allows a visual connectivity, and creating two different entries at two different levels of the new extension (Floor 0 of the Alvar Aalto Museum, and Floor 0 of the Museum of Central Finland).

2. GEOMETRY AND ORGANIZATION:
Structural axis respond to how the façade walls of both museums are displayed, forming a 12 degrees resultant space between them. The axis organize the structure, the roof and the space in three midsections of 4 degrees.
The extension is divided in two main itineraries:
1. A ramp that flows from the Alvar Aalto Museum first floor, to the Museum of Central Finland ground floor, and organizes the space three “terraces” where two workstations, exhibit-shop, small storage room and toilets are located.
2. A level that incorporates the lower entrances, a bigger workstation and the stairs that conect to the AAM via cafetería and via technical room.

3. CONNECTIONS (a): Floor 1
There are three existing connections: Two at Alvar Aalto Museum (4) in both different levels, and one at the Museum of Central Finland (5). As a way to protect the existing façades as much as possible, the propossal takes advantage of these existing openings and includes them in the walkway.
In addition, the project creates three new exits-accesses: one, through a porch, that works as a filter space between the outside garden and the Museum of Central Finland (2), a secondary one at the cafeteria level that conects with the water basins (3), and an other one that makes possible the connection with the MCF as a continuation of the exhibition space and the auditorium (6).

4. CONNECTIONS (b): Floor 0
The proposal sets out a new connection (4) through the cafeteria of the AAM, deciding on the kitchen and cafeteria arrangement. In this way, a new path is created, opening the cafeteria (and the hall of the ground floor) to the new extension. The new storage space is also linked to the existing one (5).

5. FAÇADE:
Facades are made of wooden slats that unite all the spaces in the whole extension, still maintaining airiness and layering. It’s achieved by coloring external facades. Each slat has only side faces painted and in different colours, so that while in motion the “Moiré effect” appears.
This way, the boundary between interior and exterior space is blurred and at the same time, gets immersed in the enviroment, “imitating” the Alvar Alto Museum façade.

6. ROOF (a):
The aim is to provide both generous and uninterrupted shelter and a sense of identity and place. The billowing roof, hangs from steel arches supported by a steel and timber frame. Although computer wizardry can help to generate the form and structure of the roof, individual laminated roof panels can be cut by hand. The extension is recalling local boat-building techniques and seeming exactly right for its setting between two important buildings.

7. ROOF (b):
“Comprehending at once landscape and and architecture, and visual and material appearances, it recalls the poetic methods of Swedish architect Erik Gunnar Asplund, for whom “the vault of heaven was the ceiling of the visual world”. This is central poetic problem of transposing landscape and other concepts into architeture, between nature, image, and architectural abtraction. Sky, clouds and waves were significant elements for Asplund and Aalto”. (The Material Imagination) 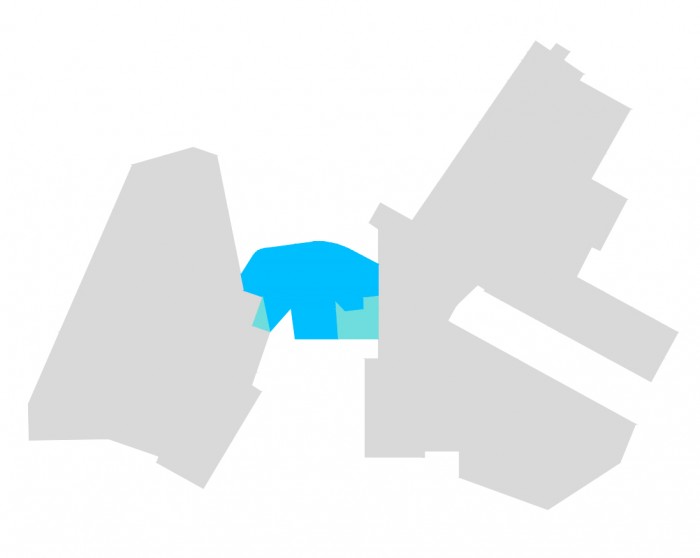 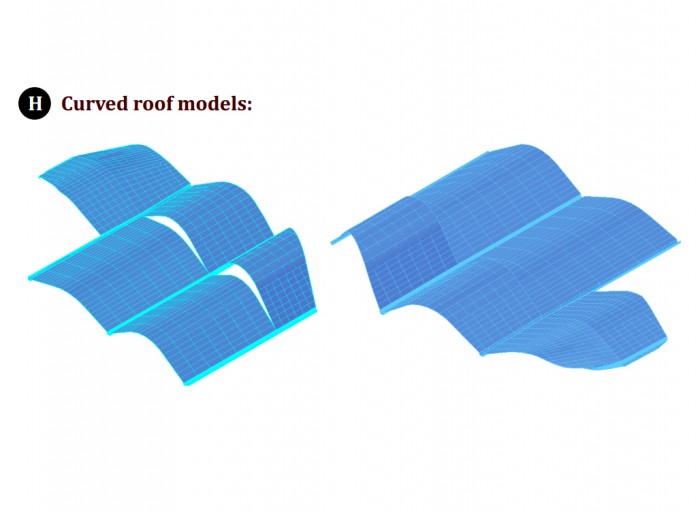 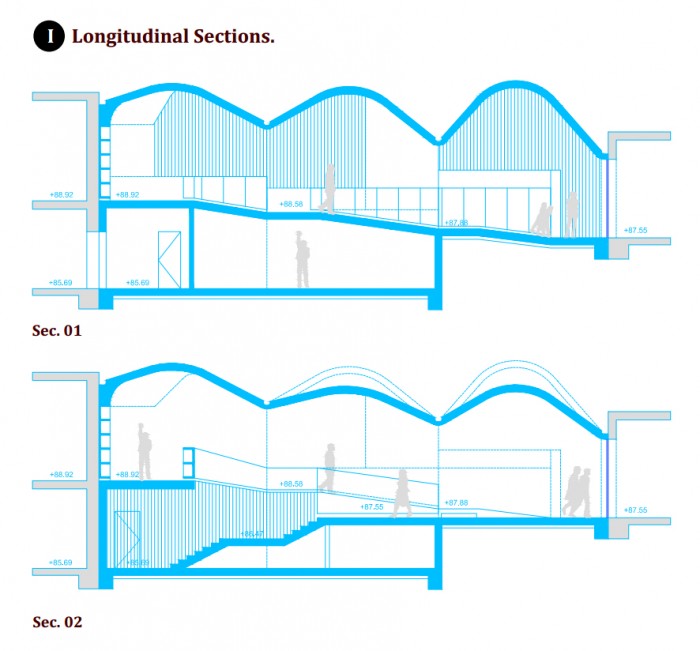